Larry was born & grew up in Austin, Texas. Larry married his lovely wife, Cathy in 1970. After attending the University of Texas @ Austin, in 1972 he was licensed as a real estate salesman & sold in the Austin area. In 1975, Larry secured his Broker's license & managed several real estate companies in both the North & South areas of Austin, including the West Lake Hills community.


In 1982, Larry & Cathy, with their two young boys moved to Salado, Texas & purchased a historic home built in 1855. Larry continued working in the Austin real estate market until 1986 when he closed his office, Properties by Larry Sands & moved his real estate company to "historic" Salado. Larry & Cathy opened the first Bed & Breakfast in 1984 named, The Inn @ Salado. In June, 1986, Larry opened his real estate office in a downstairs room @ The Inn & began selling "One of a Kind" properties in Salado, Texas.


Larry & Cathy are members of First Baptist Church in Salado & are very active in multiple organizations which include the Salado Chamber of Commerce & the Salado Historical Society. Larry served as President of the Historical Society (1993-1995) & a board member of the Chamber of Commerce (2011-2013). Larry is also an active member of the Temple Board of Realtors & served on the Board of Directors (1999-2003).


For 40 years now, Larry has called Salado, Texas his home & in June, 2022 Larry will celebrate 50 years as a Realtor with the National & Texas Association of Realtors. With 50 years of being active in real estate in Central Texas, Larry has truly acquired a lot of knowledge in this industry, & as a professional Broker, Larry would enjoy working for you as a Buyer's Representative, or represent you to SELL your property, or even work as an Intermediary on your transaction. SO, when experience matters, call a SALADO, TEXAS professional. 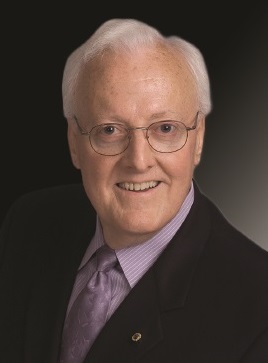 My Client First Philosophy
There are many qualities and skills that go into being an excellent real estate professional - integrity, in-depth community and market knowledge, marketing savvy, effective negotiation skills and a high-quality professional network, all of which are hallmarks of how I work.

That said, in my experience as a Central Texas real estate professional, I've also found that providing the very best service is essentially about putting my clients first. This means keeping myself accessible, being a good listener as well as a good communicator and responding quickly to my clients needs.

This "Client First" philosophy has always been my approach and it requires me to continually improve my skills and ways of doing business. In addition, I've found that the latest technologies are enabling me to do everything I've always donne only much more quickly and efficiently. They've also helped me to extend the range of services provide to my clients.

I spent 35 years in the manufacturing industry in Sales, Sales Management and General Management
After a very short retirement, I obtained my real estate license and entered the real estate business as a full time agent.
During my first full year I became a million dollar plus producer.
Since that time I have attended numerous training seminars and continuing education courses including obtaining my GRI (Graduate Realtor Institute).
I am a past president of the Salado Chamber of Commerce and the Salado Lions Club.

My experience in sales, sales management and general management have aided our company in becoming a viable competitor in the real estate industry here in the Central Texas area.